The UAE Indian community on Monday welcomed the historic new civil law for non-Muslims in Abu Dhabi, the capital and second most populous city in the Gulf country, which was introduced by the emirate in an effort to maintain its competitive advantage as a regional commercial hub and emerge as the most attractive destination for talents and skills. In his capacity as ruler of the Emirate of Abu Dhabi, President Sheikh Khalifa bin Zayed Al Nahyan on Sunday promulgated a law regulating personal status matters for non-Muslims in Abu Dhabi to provide a flexible and advanced judicial mechanism. for determining status disputes for non-Muslims.

The move, the first of its kind in the world, will strengthen the emirate’s position and global competitiveness as one of the most attractive destinations for talent and skills, the official WAM news agency reported.

Reacting to the decision, Ipshita Sharma, sales manager for the international edition, called it “an incredible gesture for those of us who consider the UAE to be home.”

â€œI have been here for 12 years now and I feel more and more that we are included in the country’s narrative despite our religion, nationality and beliefs,â€ said Sharma, based in Dubai.

According to M Unnikrishnan, a communications professional, Abu Dhabi’s new civil law on marriage, divorce, custody and inheritance for non-Muslims holds promise for its residents.

“By introducing a new legal framework for non-Muslims, the leadership of the UAE has ensured a flexible and advanced judicial mechanism aligned with international practices,” he said.

For Abu Dhabi-based Unnikrishnan, the announcement of the reforms as the UAE celebrates its Golden Jubilee celebrations is another milestone in the nation’s history.

â€œLinked to the legal overhaul of November last year, the new measures will protect the rights of all concerned,â€ Unnikrishnan said.

Kevin Bayan, a Philippine national, who works in the health sector in Abu Dhabi, said the new set of rules will make civil cases less complex.

“It will therefore be a blessing for residents and expatriates, living longer in the country. The flexibility, priority and advanced approach taken in formulating the new law are commendable,” he said.

â€œOver the years, the UAE has paid special attention and attention to residents to ensure that their rights and needs are taken into account. I believe that aspects of the law regarding marriage, divorce and custody children are advanced and able to guarantee the rights of individuals and their children, â€he added.

Chandrashekhar Bhatia of the Dubai-based Maharashtra Business Forum said the law was good for the country.

“This is very useful for non-Muslims because in case of child custody, both parties will now be responsible for the care of their children. The community should welcome this,” he said.

An Indian technician living in Abu Dhabi said details related to the new law are still not known.

â€œWe should wait for more details to emerge. Specifically on inheritance law, I’m looking to see how this will play out alongside Indian inheritance law. Suppose one owns property in UAE and India, but without a will. “, did he declare. said on condition of anonymity.

The law, which is in line with international best practices, guarantees the right of non-Muslims to be subject to internationally recognized law with which they are familiar in terms of culture, customs and language, according to an article in the Khaleej Times.

It will also help protect the best interests of the children, especially in the event of parental separation, he said.

The move will further strengthen the emirate’s position and its global competitiveness as one of the most attractive destinations for talent and skills, he said.

The law consists of 20 articles divided into several chapters covering civil marriage, divorce, joint custody of children and inheritance, according to the WAM report.

Youssef Saeed Al Abri, undersecretary of the Abu Dhabi Judicial Department (ADJD), said the new legislation is the first of its kind in the world because it deals with the smallest details regarding non-Muslim family life.

The new law applies civil principles in the regulation of family affairs, Al Abri said, as quoted by the state news agency.

He also announced the creation of the first court dedicated to non-Muslim family matters, which would be in both English and Arabic in order to facilitate the understanding of legal proceedings by foreigners and to improve judicial transparency.

Al Abri added that the Abu Dhabi Judicial Department has endeavored to provide innovative solutions to the personal status issues of non-Muslims that are brought before the courts, after studying and analyzing them and working to find legislative solutions. systems that provide a modern judicial framework for foreigners residing in the Emirate of Abu Dhabi to resolve family disputes flexibly in accordance with international best practices, Gulf News reported. 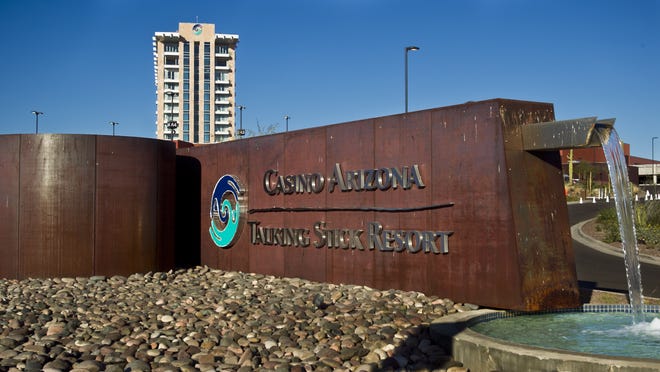